Blog /
Mental health and the media 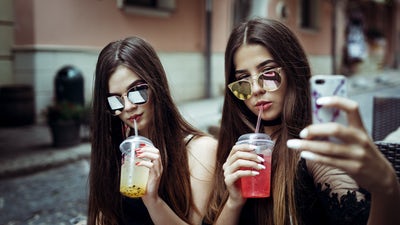 If you have been reading my blog for a while, you’ll have realized that I have struggled with depression and anxiety for years. I’ve lost loved ones to suicide, and I’ve seen how the media influences one’s perception of mental illness. Given that I work in journalism, I’m privy to the decisions that go on behind the scenes. In this blog, I’d like to make it clear that I’m not trying to point the finger at anyone, or any news agency. Rather, we are trying instead to educate, and bring some light to this issue.

Many studies have shown that many people get their information about mental illness from the mass media (Wahl, 2004). What people are exposed to tends to colour their perspective of mental illness, leading to fear, avoidance and discrimination against individuals with mental illness.

I mean, if you think about the typical mentally ill person in a film, you think about a horror film, and the crazy, maniacal villain. But people with mental illnesses are far more likely to be the victims of crimes rather than the perpetrators. The media finds that blaming violent acts on mental illness sells papers, and draws people to their websites. But a closer look often reveals that numerous confounding factors, such as substance abuse, or socioeconomic status, are likely to form the connection to violence.

This incorrect portrayal of people with mental health issues bolsters the stigma surrounding these issues. But it’s important to remember that only are those with mental health issues usually able to function normally in society, but they can also lead highly successful jobs and careers, as well as make important contributions to society. In fact, overcoming adversity gives you a perspective to see things the way other people don’t. Be more compassionate and understanding of other people.

So what exactly are the consequences of this?
These negative myths don’t just damage public perceptions. They also affect people with mental illness, and this fear of stigma can actually prevent individuals from seeking treatment. We need to challenge this, and let people know they are not alone.

Newspaper articles
The terminology, or language used in articles is very important. People who commit a violent crime are frequently labeled “psychos,” “maniacs,” or “schizophrenics” by headline writers and newscasters, inaccurately linking violence and mental illness in the public mind.

What language can we use when writing or speaking about suicide? Here are a few rules:
It’s important to refrain from saying “he/she committed suicide.” This makes it sound like the person committed a crime, which is not the case. Rather, say something like “he/she died by suicide” or “took his/her own life”. These phrases have fewer negative connotations.

Avoid language that characterizes people only by their mental health issues. For example, the media often refers to someone as “the schizophrenic”. However, it’s better to say “someone with schizophrenia”. This honours and respects the individual, recognizing that they are more than a condition they are forced to live with. Use people first language.

Be careful about ascribing emotion, and don’t pass negative judgement on someone’s quality of life. Instead of describing a person as “suffering” from ___, or “being a victim of ” ___, use “experience”. For example, For example, “supporting men experiencing depression” rather than "men suffering from depression".

Jokes about suicide & mental health issues
How many times have we hear someone say something along the lines of “God, I have so many assignments due. I think I might just kill myself.” My stomach drops. Her flippant comment doesn’t make me smile wryly or empathise with her heavy workload. Instead, it forces me to think of my brother, drowning in the cold Waihou River. It conjures up an image of him lying face-down in the mudflats. It makes me remember his startlingly small coffin being carried out on the shoulders of his friends. It makes me sick.

Jokes about topping yourself, about walking in front of a bus or borrowing your dad’s handgun are horrifically commonplace. They’re a quick and effective way to dramatise the situation. I know I’ve made suicide jokes, unthinkingly. I’ve angrily berated the so-called ‘PC Brigade’ that seem hell-bent on sucking all fun out of the world. Humour can be cathartic, right? Sometimes laughing at a bad situation is just a way of coping. Yet we forget that when these careless words roll off our tongue, they diminish the seriousness of suicide.

Our jokes trivialise the act, and make it incredibly difficult for someone experiencing suicidal feelings to seek help. Why would anyone voice their suicidal thoughts if they thought their words would be brushed aside as just another way of being dramatic?

This respect doesn’t just apply to issues of suicide and depression. Other mental health conditions such as bipolar disorder or obsessive compulsive disorder aren’t just words you can throw around to describe people. You’re not OCD because you like to arrange the heels on your shoe-rack in height order. The lecturer who assigned you three chapters of readings isn’t psychotic. Stop casually labelling quirky habits or negative behaviour as mental health conditions. It’s incredibly offensive to those who are actually dealing with debilitating disorders.

Photos chosen to accompany articles
Often the photos are of a silhouette of a skinny, white woman with her head bowed. My editors at the ODT often have such images accompanying my articles, and I don’t think these photos are actually representative of suicide victims. We know that our young Maori and Pasifika men are the most likely to be suffering from depression and suicidal ideations in New Zealand.

Basically, there aren’t really any diverse stock-photos. It’s important to have actual photos of the loved one, rather than a cliched stock-photo. Images are powerful. Be sensitive when using images or footage with stories involving mental illness. It’s easy to perpetrate negative stereotypes with photographs of people looking dishevelled, disoriented or menacing.

YouTube Celebrities
Unless you’ve been hiding under a rock, you’ve probably heard of Zoella, Alfie Dayes, Logan Paul, PewdiePie and countless other YouTube celebrities. What you may not realise is that many of these YouTube stars share their stories of mental illness and in some cases, provide information about how to cope.

Now YouTube is a new(ish) medium, so there are no hard and fast rules. It’s also important to realise that sometimes YouTubers share too much information. Social media shouldn’t be an stand-in for actual human contact. There is a great deal to say about this topic, so I will devote another blog to it.

Celebrity Suicides and the Outpouring of Grief
Unfortunately, there have been a number of celebrities dying by suicide in the media over the past year. The way the media reports on suicide has an undeniable impact on the stigma surrounding mental health issues. It’s important that the media refrains from glamorising suicide. Instead, newspapers, websites and the like should focus on the consequences of suicide; on the grief of the family left behind.

You don’t want the story to prompt vulnerable individuals, or those who might identify with the celebrity, to think that this is the way to deal with their problems and their pain. Instead, it’s important to use this horrible event as an opportunity to teach the public to recognize the warning signs of suicide so they can try to help loved ones before it’s too late.

We also need to challenge the media’s (including social media) biased reporting of suicidal behaviour, mental illness and substance abuse. For example, Kanye being checked into a psychiatric ward isn’t funny. We should support him and encourage him for having the bravery to seek help. We shouldn’t romanticise negative emotions and problematic coping strategies as well. It’s been suggested that TV shows and news media can help prevent suicide by:

- Avoid presenting authorities or sympathetic or ordinary people as spokespersons for the reasonableness of suicide (right to die).

So what can we do?
Support systems/services such as Youthline.

Youthline is so overwhelmed with young people calling its service that 150 a week are missing out on help. Youthline helped me a great deal when I was a sad, depressed teenager. They have been around for 5o years and have helped numerous New Zealanders, but they are getting their funding cut.

Report stuff on facebook.
If you watch a movie, tweet the production company, actor etc. Make some noise, and use social media to your advantage.

Get involved in politics - contact your local MP.
If you feel comfortable talking about your own experience with mental health, by all means, do so. There’s a trickle-down effect. You never know who you might help.

Let’s end this blog on a positive note.

What are some positive portrayals of mental illness, or the discussion of suicide in the media?

Last year, the New Zealand Herald published a series called Break the Silence. This campaign told stories from around New Zealand, of those lost to suicide, and those left behind. Stories of hope were also told, and focus was especially given to our young Maori and Pasifika men, who are overrepresented in suicide statistics. I shared the story of my brother. I received countless messages from people, thanking me for sharing my story and confiding in me. It was difficult to write, but it was worth it.