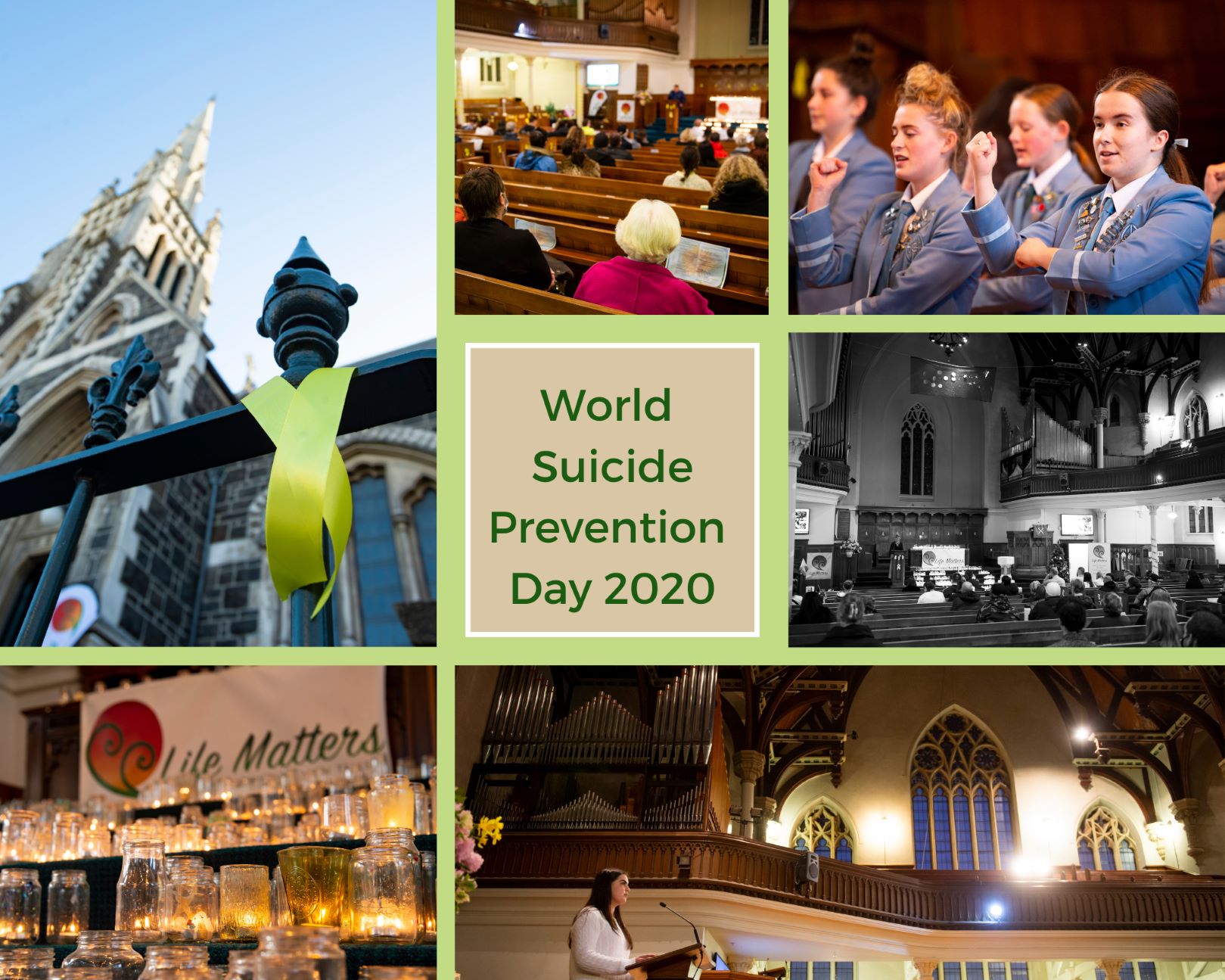 World Suicide Prevention Day has emphasised the importance of seeking social connection when you’re feeling isolated. We stopped to remember the 607 lives lost to suicide in the last year, and those before that whom we miss and hold in our hearts every day. Talking about suicide helps us reduce the stigma, and gives us permission to be vulnerable and ask for help from one another. We gathered together to create hope, and remember that people need people. Waiho i te toipoto, kaua i te toiroa. Let us keep close together, not far apart.

This year, we were lucky to have Kapa Haka performed by Ngā manu o Hira Tapu from St Hilda’s school, karakia by Evan Teiti to open and close the night, and musical performances from Daryl Baiser and Jackson Caine.

Dr Kobus du Ploy spoke about the importance of whakawhanaungataka – creating these social networks which is especially important for people who have immigrated to New Zealand, who may not have family around them. Reaching in and offering even just to catch up for a coffee is such a powerful protective way to keep people safe. Kobus also spoke about effective safety plans – if you’d like to know more about these please get in touch with us and we can discuss a safety plan with you.

Our own Jo Paxie spoke about her grief when her boyfriend died by suicide and shared some incredibly powerful statements about how our negative thoughts are rarely truthful, emphasising that we are not alone and that we are not a burden. Jo also discussed how important seeking professional and interpersonal relationships helped her when she was feeling alone, and that she is living proof that it does get better when you reach out for help.

Inspector Damion Rangitutia from NZ Police shared some information on the Co-Response Team (CRT) initiative that Dunedin has been trialling. Damion spoke on how new pathway are being more tailored to helping people in mental health crisis using support agencies such as Life Matters. Ultimately, working together with groups in the community is the best way to help keep people safe, and give them the wraparound care they deserve.

We also had Andy Westgate from Fulton Hogan discuss the important of mental health awareness in construction. Construction workers are highly at risk of suicide – a sentiment also echoed by another speaker Evan Teiti. Not only do roadside workers face abuse at the hands of the public, but the culture at large is stoic and invitations to help when people are feeling suicidal are often missed. Andy spoke about how getting involved with Mates in Construction has lead to not only more suicide aware staff within the workplace, but out in the community where those trained staff can better identify and support people in suicidal crisis.
Evan Teiti from Mates in Construction explained how on average, one life is lost to suicide in the construction industry each week. This is extraordinarily high, and shows us all why the mahi that Mates in Construction are doing with organisations such as Fulton Hogan are so important in saving lives.

It was such an informative and reflective night, and we once again thank everyone that came out to gather and focus on the creation of hope with us.

We'd also like to take the time to once again thank our fantastic sponsors belowfor their support in running our 9th Annual World Suicide Prevention Day. Thank you also to the Methodist Church of New Zealand, as without them we could not have held this event, Artsenta Dunedin, Good Bitches Baking, and Altrusa Club Taieri.