Blog /
A Message to My Younger Self 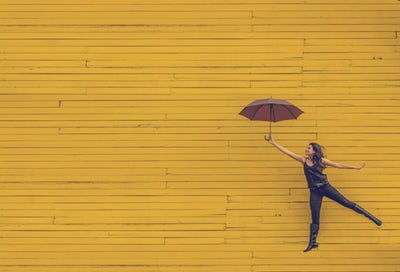 Last year, I was sent by the University of Otago to my old high school to try and persuade the students to attend university – specifically, university in Dunedin. I considered it a great honour to be an ambassador of the university, but I was also aware that I couldn’t lie to the high school students. I decided that I would not spend my half hour talking about how university was a perfect and amazing place, a golden ticket to success. I decided to be honest about the struggles I faced at university, and the mental health issues I developed.

You see, there’s so much more to life than studying. University can offer many opportunities, but it’s not the be-all and end-all of life. In my five years of studying, I’ve switched courses three times, moved to another country, traveled the world, fallen in love, fallen out of love, given up a few times, suffered losses, including the death of my brother, but I’ve also knuckled down and risen through it all.

Don’t stress about the future!
Having been in this position myself, and seeing the amount of stress young people go through when faced with the question “What are you going to do for a career?”, let me reassure you that nothing is as final, or as cut and dry as it may seem.

When I began my first year at university, I was determined to become a high-flying internationally renowned neuroscientist. I naively thought that this would make my happy; that the admiration from other people would sustain me through the long hours in the laboratory. I also spent the summer before university began obsessively running and swimming every day, counting calories until my stomach rumbled constantly and my head felt light.

You see, I was determined to be the ‘perfect’ university student. I was living at one of the most academically-oriented halls, I was studying (and acing) a rigorous, respected degree and on the outside I appeared perfect - clean cut and motivated. But inside, I was suffering. I was severely, clinically depressed and my anxiety was through the roof. Even though I could get 95% in my Chemistry exam, I would wake crying every morning. I topped first year Psychology, I had a boyfriend and a wide circle of friends, but my hair was falling out from anxiety and I was no longer eating.

Thankfully my aunt and a few close friends saw through the facade and realised what was going on. I enrolled in counselling, began taking antidepressants and re-evaluated my life. What was I interested in? Did I really want to become a neuroscientist, or was I just invested in the prestige? Was it a mistake not enrolling in medicine?

And then one day I suddenly thought to myself, I’m not happy. Why do I care so much about prestige and respectability? What do I really love? I love writing. I love reading. I love communicating, and teaching, and inspiring others.

I threw out all my preconceived ideas about the future and switched my degree to English Literature and Art History. It may sound cliched, but it was as if a huge weight had been lifted off my chest. I began looking forward to my classes, and I would stay up late voraciously devouring all the books I had to read. I actually enjoyed my assignments, and I made friends in my classes. My grades went down slightly, but I no longer felt like I had to be perfect. I studied because I enjoyed studying, not because I needed an A+ to keep up a perfect GPA.

Now, these days, I have actually returned to science. I’m now an intern at the Science Media Centre of New Zealand. From writing news stories to interviewing Brian Greene, one of the leading string theorists in the world, it's been a thoroughly exciting and informative adventure. My love of writing and reading has helped me become a journalist, a public speaker, a radio host and a science communicator.

So here is my message for you: Don’t feel obligated to study something or pursue some career because you feel like you should. Pursue what interests you, what makes you happy or fulfilled. When you are happy, you will be motivated. In the words of Steve Jobs, “Your time is limited. Don’t waste it living someone else’s life. Don’t be trapped by dogma, which is living the result of other people’s thinking. Don’t let the noise of other’s opinions drown your inner voice. And most important, have the courage to follow your heart and intuition. They somehow already know what you truly want to become. Everything else is secondary.”

But whatever you do, give it your all.
Work hard. If you commit to something, strive towards fulfilling your goals. Psychologist Angela Duckworth has spent years studying kids and adults, and found that one characteristic is a significant predictor of success: grit. "Grit is having stamina. Grit is sticking with your future, day in, day out, not just for the week, not just for the month, but for years, and working really hard to make that future a reality," she said in a TED talk on the subject. "Grit is living life like it's a marathon, not a sprint."

Picture yourself completely finishing your projects and tasks. Take note of how you feel visualizing yourself getting the job done. The more you can picture yourself following through and completing important tasks, the more determined you will be to actually do so.

Don’t be afraid of failure either. Don’t let discouragement stop you from pressing on. I have failed classes at university. I have been rejected from countless jobs, and been knocked back many times. Instead, think of failure as simply the opportunity to begin again, this time more intelligently.

A great percentage of successful people have all experienced some sort of setback or failure. They could have just stopped their journey right there and called it quits. Instead, they had a positive mental attitude about themselves and their abilities, which gave them the power needed to continue along and reach their goals.

Take your setbacks and turn them into something else. As a child, I was ''educated'' under a horrifically sexist, homophobic and ineffective homeschooling programme called Accelerated Christian Education (ACE). This narrow-minded curriculum pushed me to explore other options. My teenage rebellion wasn’t your typical sex, drugs and rock’n’roll rebellion. I would stay up late, painting in my room while listening to David Attenborough talk about Australopithecus afarensis. I also had a horrifically bad temper, and to this day, I am stubborn and obstinate. But I’ve learned to channel these flaws into meaningful and opinionated articles or campaigns.

A few days ago, an acquaintance of mine sent me an email. She expressed envy at my having been handed all these amazing opportunities in my life. And it’s true, many things have gone well for me. But the things that impress people - my jobs as a DJ, journalist, content creator and writer haven’t just been handed to me. I worked hard for them. I volunteered for months before getting my own slot at the local radio station. I compiled a portfolio of my writing before marching into the Critic office and putting myself forward. Successful people do not sit back and let things happen. They go out and happen to things.

Take all your opportunities - academic, sporting, cultural. Don’t think that just because you come from a small town in a small country you can’t do well or make a change. I remember a rich, private-school boy telling me that because I went to a low-decile school, wore hand-me-down clothes and had an enormous family, I would not do well in life. I thought Screw You. I’m going to prove you wrong.

Thirdly, Don’t EVER underestimate your ability to make a change:
Since the death of my brother, I have been very outspoken about my own struggles with depression, anxiety and suicidal thoughts. It’s been difficult, but very liberating, not worrying about what people think, but just putting forward an honest, flawed version of myself.

And it’s been rewarding. I’ve lost count of the number of people who have contacted me, encouraged to get help for themselves or others. I’ve kicked up a fuss on campus and made enemies out of various Hall of Residence authorities for protesting the lack of awareness surrounding mental health issues amongst students at halls. I’ve had countless angry ‘Letters to the Editor’ about my writing and opinions, but it’s created discussion, and made a tangible change.

We’ve had Otago students are notable for protesting contentious political issues in nearly every decade. In the 1960s students at Otago who were involved with the Progressive Youth Movement led protests against the Vietnam War. In the 1970s mixed flatting (males and females were prohibited from sharing housing up to that time) was contested in various creative ways by Otago students. Just last year, Fossil Free Otago University convinced the university to exclude fossil fuels from its investment portfolio. We’re passionate and we’re willing to stand up for what we believe in.

Finally, look out for yourself and others.
I never gave much thought to the passage of time before my brother died. Back then, the future seemed to stretch out before me, a glorious highway of possibilities, unrestrained by arbitrary signposts like 'months' or 'years'.

But since my dear brother left us, I've found myself counting time, tracing it back to that horrible day. Months and milestones take on a sick significance; they mark the awful stretch of time since John died.

It’s been almost three years since my brother died by suicide. I can't stress enough how important it is to look after your loved ones. If you notice anything odd or 'off' about them; if they seem stressed, quiet, sad, please please say something. No one should suffer alone. Help is always to be found. I only wish more had been done for my poor brother. I am haunted by the thoughts of his final hours. No one should EVER have to go through what he did.

After following the lives of 268 Harvard undergraduate males from the classes of 1938 to 1940 for decades, psychiatrist George Vaillant concluded something you probably already know: Love is the key to happiness. Even if a man succeeded in work, amassed piles of money, and experienced good health, without loving relationships he wouldn't be happy, Vaillant found. The longitudinal study showed happiness depends on two things: "One is love," he wrote. "The other is finding a way of coping with life that does not push love away."