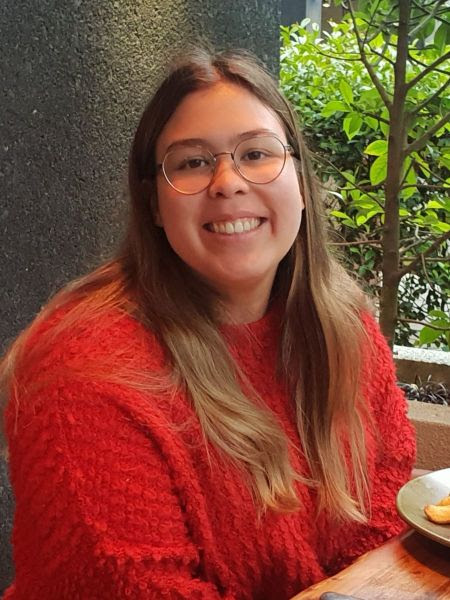 One of our lovely peer support volunteers Bella is doing her PHD at the University of Otago on perfectionism and suicidal ideation in adolescents. You can read her explanation of her research below:

Perfectionism is defined as a multidimensional personality trait that reflects an individual’s desire to be or appear to be perfect (Hewitt & Flett, 1991). Perfectionism can present itself in a number of ways, such as meticulous attention to detail/organisation, concerns over mistakes and doubts, procrastination, and not wanting to start tasks or taking longer to complete them than others (Frost et al., 1990). Perfectionism is also linked to eating disorders such as anorexia nervosa (Bastiani, Rao, Weltzin, & Kaye, 1995).

Previous research has found that there are multiple pathways to the development of perfectionism. Some of the potential precursors to perfectionism include parental attachment, parental criticisms or expectations (Damian, Stoeber, Negru, & Băban, 2013), underlying psychological conditions such as depression or anxiety, or social disconnection, which may include bullying or teasing from peers or perceived peer victimisation (Roxboroughet al., 2012). Perfectionism typically develops out of a desire for belonging and acceptance, or fear of shame (Hewitt, 2020).

There are a number of theories that may explain the link between perfectionism and suicide, due to the fact that perfectionism affects peoples’ lives in a number of detrimental ways, and also how it may develop. Some research has suggested that perfectionism may increase sensitivity to failure or rejection from peers(O’Connor, Rasmussen, & Hawton, 2010). The Perfectionism Social Disconnection Model (PSDM) proposes that social disconnection is the mediating factor between perfectionism and suicide when coupled with interpersonal stress(Goya Arce, & Polo, 2016). Perfectionists tend to have a hard time connecting with others, perhaps stemming from their own social anxiety or social hopelessness, or even aggressive communication styles (Barnett &Johnson, 2016). Fear of humiliation has also been shown to mediate the relationship between perfectionism and suicidal ideation (Pia et al., 2020). Lack of self-efficacy in social interactions may be why perfectionism is also linked to increased maladaptive internet use, as individuals shy away from in-person social interactions and turn to the web (Fioravanti, Flett, Hewitt, Rugai,& Casale, 2020).

The desire to appear to be perfect itself may act as a barrier to reaching out for help or addressing mental health concerns. Those who display perfectionism may believe there is a lack of social support, or feel like they are a burden if they do not live up to their high standards (Rasmussen, Slish, Wingate, Davidson, & Grant, 2012).They may have heightened levels of stress or anxiety caused by the pressure to be perfect, feelings of hopelessness and loneliness, and thoughts of entrapment/defeat (Moscardini, Robinson, Calamia, & Tucker, 2022). The PSDM is consistent with the Three-Step Theory of suicide, an ideation-to-action theory of suicide, with four factors of interest: pain, hopelessness, connection, and capability for suicide. In this theory, connectedness and belonging provide incentive to live (Klonsky, Pachkowski, Shahnaz, & May, 2021).

There is a lack of longitudinal research looking into the temporality of the relationship between social anxiety, perfectionism, and suicidal ideation, and the mechanisms which link perfectionism to suicide. It is important to know whether social anxiety precedes the development of perfectionism or if it is exacerbated or caused by perfectionism which in turn increases vulnerability to suicide. There is also no research (to my knowledge) that examines this in a New Zealand context with adolescents. New Zealand has one of the highest rates of youth suicide, with a suicide rate of 19 per100,000 in those aged 15-19 years in 2020 (Coronial Services of New Zealand,2020). Perfectionism also peaks during adolescence, perhaps due to the academic setting and the number of life events and changes occurring during this period (Damian, Stoeber, Negru, & Băban, 2013). Therefore, my PhD in Psychology at the University of Otago (starting in July) will attempt to contribute to there search on perfectionism to get a better understanding of the social context in which perfectionism arises and then how social disconnection leads to suicidal ideation in adolescents. This would help to inform targeted interventions.

Existing interventions targeted at reducing the negative impacts of perfectionism on people’s lives include therapies such as cognitive behaviour therapy (CBT) (Egan et al.,2014), or acceptance and commitment therapy (ACT) (Ong et al., 2019). Combating perfectionism may also require oneself to challenge existing thoughts and beliefs around what is a healthy and attainable goal. The adoption of positive coping styles, such as reaching out to others for support or building positive interpersonal relationships, may also be useful (Erozkan et al., 2011).

If you need to talk you can contact us to book a session with a lovely peer supporter or make use of the helplines such as 1737.